Menu
Cart 0
My husband and I found out some very exciting news in May - that another little one is on the way! Shortly after we found out the exciting news, I fell under a terribly nauseous spell and can not even put into words the extreme exhaustion I had. I took advantage of Parker's nap times to stay charged and spent most of my days at home playing with him. Finally, as I entered my second trimester I am feeling much better, but still battling with nausea. I had not had either of those symptoms with Parker, to that extreme, so we were thinking there might just be some changes ahead that could be pointing in the direction of Lilly Pulitzer dresses and all things pink. We were right!

This past weekend, we celebrated Parker's first birthday a week early with family and friends. Since we had a lot of family in town, we thought this would be the perfect opportunity to reveal the gender of our next baby while everyone was together. We wanted to give the honor to our little guy Parker. We left the fate up to our local bakery, by dropping off a sealed envelope so they could put the gender in his smash cake. I posted about his birthday party here, but below are some pictures we took the day before we found out. We took pictures with blue balloons and a blue outfit and pink balloons and a pink outfit :) 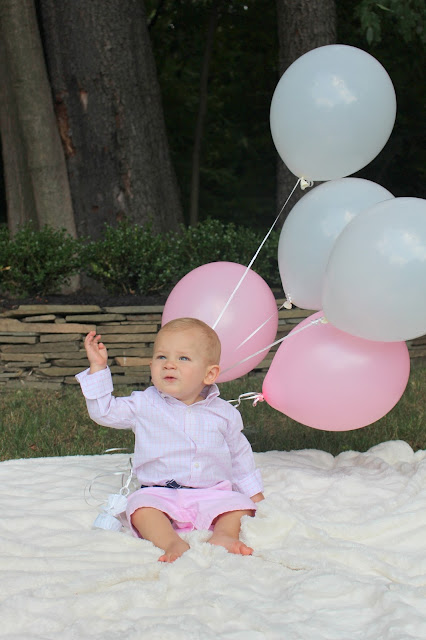 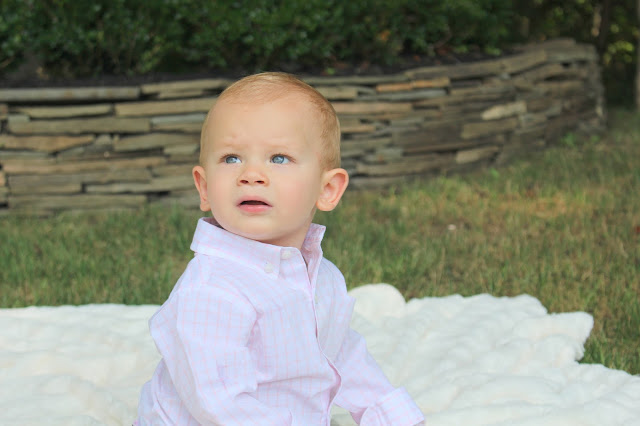 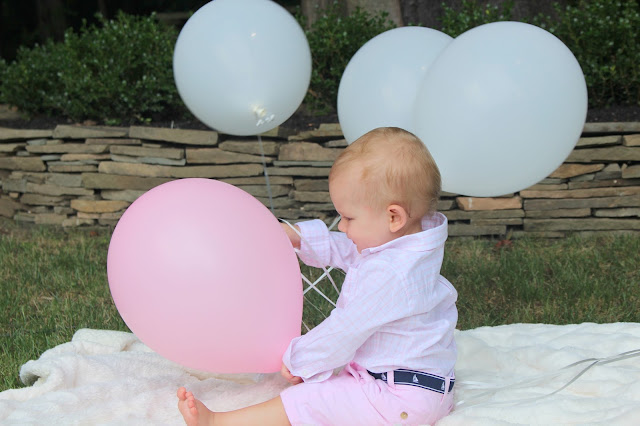 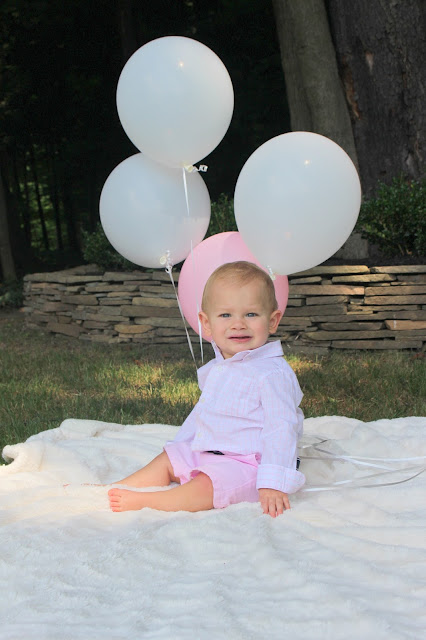 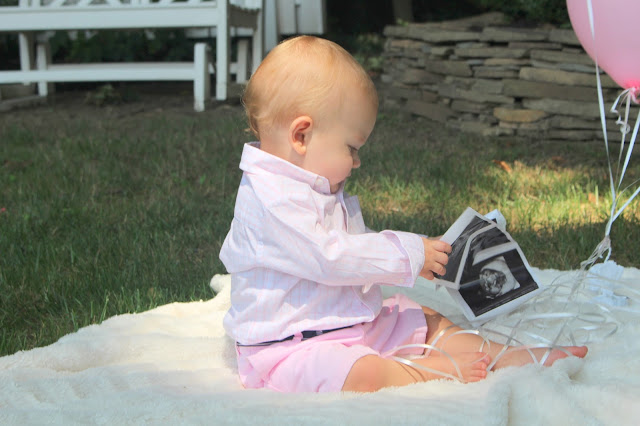 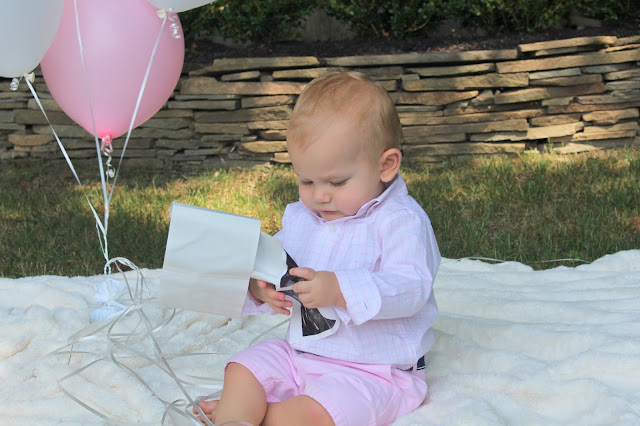 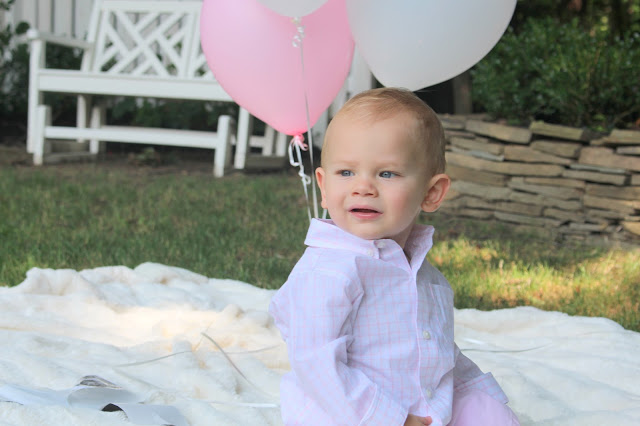 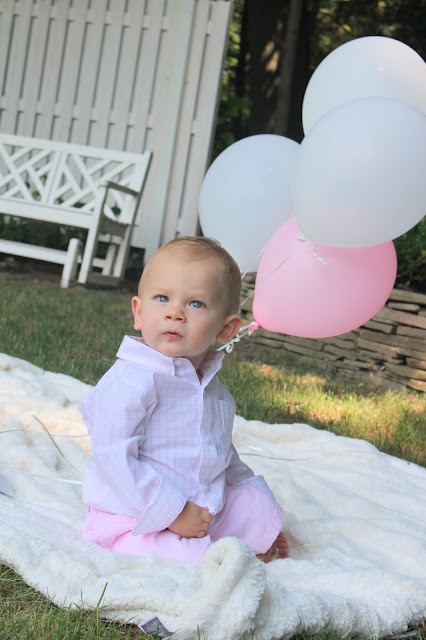